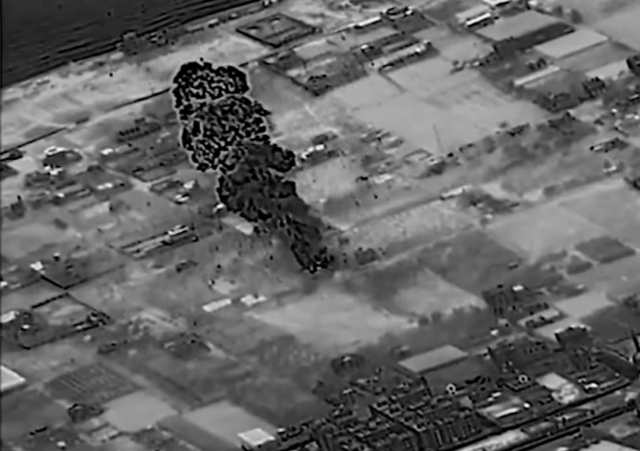 The Israeli military apparently used a brilliant deceptive maneuver to take out Hamas’s terrorist fighting force and underground tunnels — in a single blow.

In what could only be described as killing two birds with one stone, the Israel Defense Forces on Thursday night told news reporters that the Israeli ground forces were on their way to Hamas-held Gaza.null

The news spread quickly through the mainstream media and affiliated social media accounts. Believing an Israeli ground invasion to be imminent, Hamas ordered its terrorist fighters to seek shelter in the tunnel network dug up under the Gaza city.

What followed the Hamas mobilization was a massive wave of Israeli airstrikes — comprising of 160 aircraft — on the Gaza tunnel network with the jihadi group’s top terror brass sitting underground, right where the IDF wanted them.

The Times of Israel reported the devastating blow to the Hamas terror tunnels:

Some 160 aircraft flying simultaneously conducted a massive attack on a network of tunnels dug by the Hamas terror group under the northern Gaza Strip around midnight Thursday in the largest Israeli strike since the outbreak of fighting earlier this week, the military said Friday.

According to the Israel Defense Forces, in this air campaign, which lasted nearly 40 minutes, some 450 missiles were dropped on 150 targets in northern Gaza, particularly around the city of Beit Lahiya. The military said it was still working to determine the extent of the damage caused to the underground infrastructure, which IDF Spokesperson Hidai Zilberman told reporters was a “strategic asset” to Hamas, and the number of terrorist operatives killed in the strikes.

END_OF_DOCUMENT_TOKEN_TO_BE_REPLACED

An elderly pedophile who was imprisoned for child rape was murdered by his cellmate, who happened to be the older brother of one of his victims. Robert Munger, 70, was killed inside the Airway Heights Correctional Center in Spokane County, Washington by Shane Goldsby, whose younger sister had been victimized by Munger. However, no one can explain why they were assigned to the same cell in the first place.

1. GOLDSBY SERIOUSLY ASSAULTED MUNGER BEFORE KILLING HIM.According to court documents obtained by KHQ News in Spokane, Goldsby “hit Munger in the face and head area about 14 times, (stomped) on his head at least four times and (kicked) a couple more times before walking away and being taken into custody by Airway Heights Corrections Guards.” Munger died from his injuries.

2. THREE SEPARATE INDIVIDUALS CLAIMED MUNGER RAPED GOLDSBY’S YOUNGER SISTER.In addition to Goldsby, his mother (who was also the victim in question’s mother) and an anonymous witness both claimed that Munger had sexually assaulted the young girl, who was still a minor. While this in no way validates Goldsby’s violence, it does go some way in explaining it.

3. SEX OFFENDERS ARE REGULARLY TARGETED IN PRISONS.Munger had been sentenced to 43 years behind bars for seven sex abuse charges back in 2019, all of which were handled in different trials as they involved multiple victims. Once word spread in the prison what his crimes were, it was only a matter of time before someone came after him.

4. GOLDSBY IS NOW FACING PREMEDITATED MURDER CHARGES.He admitted that he was “shocked” to be placed in the same sell as Munger, saying, “I was like, ‘What the f—-?’ This stuff doesn’t happen. You’re talking the same institution, the same unit, the same pod in the same cell as this dude. That’s like hitting the jackpot in the casino seven times.” He added that he never wanted to kill Munger but felt like he didn’t have a choice given that they’d been placed in the same cell. For now, no one seems to have an explanation for why that happened.

END_OF_DOCUMENT_TOKEN_TO_BE_REPLACED

“The crisis is too big to ignore and is now spilling over the border states into all of our states,” the letter stated.

“The cause of the border crisis is entirely due to reckless federal policy reversals executed within your first 100 days in office.”

“The rhetoric of the Biden Administration and the rollback of critical agreements with our allies have led to the inhumane treatment of tens of thousands of children and undermined a fragile immigration system,” the governors said.

Governor Noem has been a vocal critic of the Biden administration since he took office.

Last month as the border crisis continued to worsen, Noem publicly declared that her state would not take in any illegal immigrants that the Biden administration wants to relocate.

The governors went on to say in the letter that they have neither the resources nor the obligation to solve the mistakes made by the current administration.

“We have neither the resources nor the obligation to solve the federal government’s problem and foot the bill for the consequences of this Administration’s misguided actions.”

END_OF_DOCUMENT_TOKEN_TO_BE_REPLACED

Florida Governor Ron DeSantis has done the exact opposite of what Dr. Fauci recommends. His state has been better off for it. And Dr. Fauci is red …

Dr. Fauci is red with rage after Ron DeSantis made one game-changing announcement 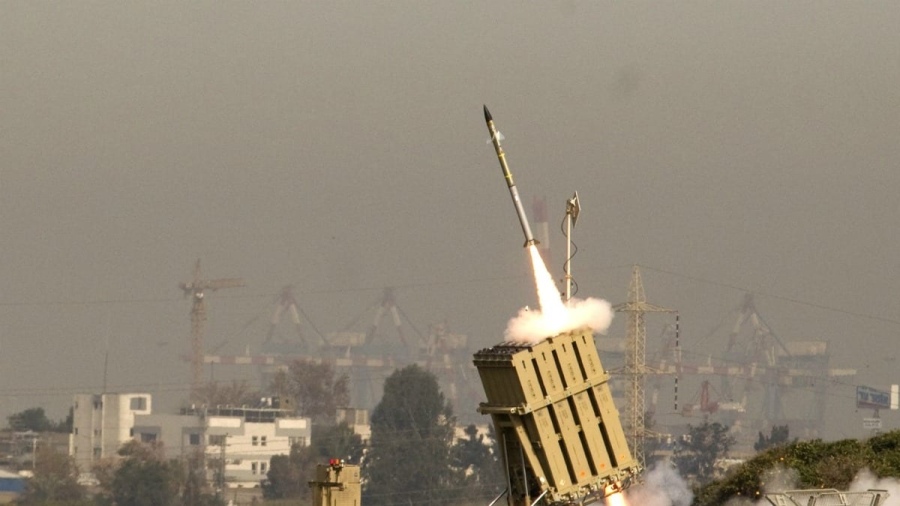 Live rocket attacks while cameramen was shooting the usual images. 👇

The Trans-Zionist Entity pipeline was damaged in a rocket strike earlier, currently burning 👇